Investing in cryptocurrency can seem very complicated on the surface of things, however, it can also be very easy to do – if someone can point you in the right direction (which is hopefully what I can help with!). I remember when I first started to invest in cryptocurrency, and a lot of things didn’t make sense. I had to figure most of it out on my own. Crypto seems pretty unapproachable for the average person. The majority of people struggle to understand bitcoin, let alone be able follow a market of over 2000 plus cryptocurrencies (of which 90% are illegitimate). Overall, most people want exposure to these assets but just don’t know where to begin.

It can also be worrying when you hear ‘$X was taken after X exchange was hacked’. This is not something that would make investing in cryptocurrency enticing – in fact it would deter me. Furthermore, people are also worried about the sheer volatility of cryptocurrency, as it has a tendency to frequently fluctuate by 5-10% and sometimes more. Many people also prefer for someone to manage their assets, although, this service is usually only available to the wealthiest among us, the millionaires and the billionaires…

Although, recently I came across a startup called Ember, and it is now a fully fledged company after receiving all the funding they needed. The idea that they had was very intriguing to me, and hopefully what they do will also intrigue you. Firstly, they allow investing in crypto from $100 (hence the title of this post), which enables most people to be able to start investing. With this money you can invest in portfolios managed by Ember themselves, which has proved to be very effective so far. For example, they have a fund called “The Quant” which is based on Bitcoin. The smart thing is that the portfolio is programmed strategically and has the goal of capturing “80% of Bitcoin’s returns with only being exposed to about 30-40% of Bitcoin’s losses”. This happens as the portfolio rebalances on average around once per week (note that the Quant requires an investment of $500 as a minimum).

Their application is also available on both iOS (Apple devices) and on Android Devices, so everything is just controlled on your phone – which is pretty perfect for the modern age.

Furthermore, despite the goal of Bitcoin to be that everyone has custody of their own assets, many of these solutions are centralised, which creates pools of Bitcoins that can be targeted by hackers. This is why I was relieved that Ember is non-custodial (meaning that you actually get to own your own assets – which is they way it should be!). The idea behind cryptocurrencies mean that it should be decentralised and not controlled by anyone.

The company is also growing incredibly quickly after receiving their funding. Their deposits have grown from $0 to $3,000,000+ in under a year. The user growth is also exceptional having grown to 7500+ users within the same time period. The transaction volume is also now over $6,000,000. All of this is illustrated below in graphical form. Since this information is taken from the startup platform Republic, all statistics will likely have increased further.

Personally, I am just happy to see that a company come in that will allow people with smaller levels of capital, to invest (efficiently) into a new and exciting asset class. Cryptocurrency is the future, and by accepting that you can also access a piece of the pie.

If you do decide that this is something that intrigues you, then check it out using this link:

Ember Fund has been great so far, and I fully agree with all the positive reviews I’ve read about them so far. They offer a functional platform on virtually all mobile devices, and allow for investment from $100. On top of that you get access to experts and quants who actively manage your portfolio, which allows you to minimise losses and maximise gains. Now would be the time to invest too, as many institutional players like. MicroStrategy are buying up Bitcoin now (they bought $50 million worth…). I would be very interested to hear what any of you think if you do try it, so I would love to actively encourage you to let me know what you think of the platform – if you do decide to invest in it! If you would prefer to invest in stocks during this time, then check out my other article: Investing in Stocks in Europe. Fisker is the company that is proving everyone wrong at the moment on the stock market!

Below is a short video about what TechCrunch thinks of it: 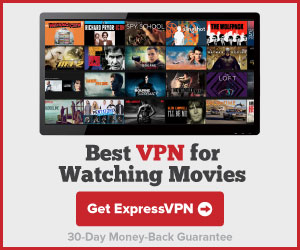